Gravitational Waves from Binary Black Hole Mergers Inside of Stars

We present results from a controlled numerical experiment investigating the effect of stellar density gas on the coalescence of binary black holes (BBHs) and the resulting gravitational waves (GWs). This investigation is motivated by the proposed stellar core fragmentation scenario for BBH formation and the associated possibility of an electromagnetic counterpart to a BBH GW event. We employ full numerical relativity coupled with general-relativistic hydrodynamics and set up a $30 + 30 M_\odot$ BBH (motivated by GW150914) inside gas with realistic stellar densities. Our results show that at densities $\rho \gtrsim 10^6 - 10^7 \, \mathrm{g \, cm}^{-3}$ dynamical friction between the BHs and gas changes the coalescence dynamics and the GW signal in an unmistakable way. We show that for GW150914, LIGO observations conclusively rule out BBH coalescence inside stellar gas of $\rho \gtrsim 10^7 \, \mathrm{g\,cm}^{-3}$. Typical densities in the collapsing cores of massive stars are in excess of this density. This excludes the fragmentation scenario for the formation of GW150914.

Data for Broad Impact Public Use 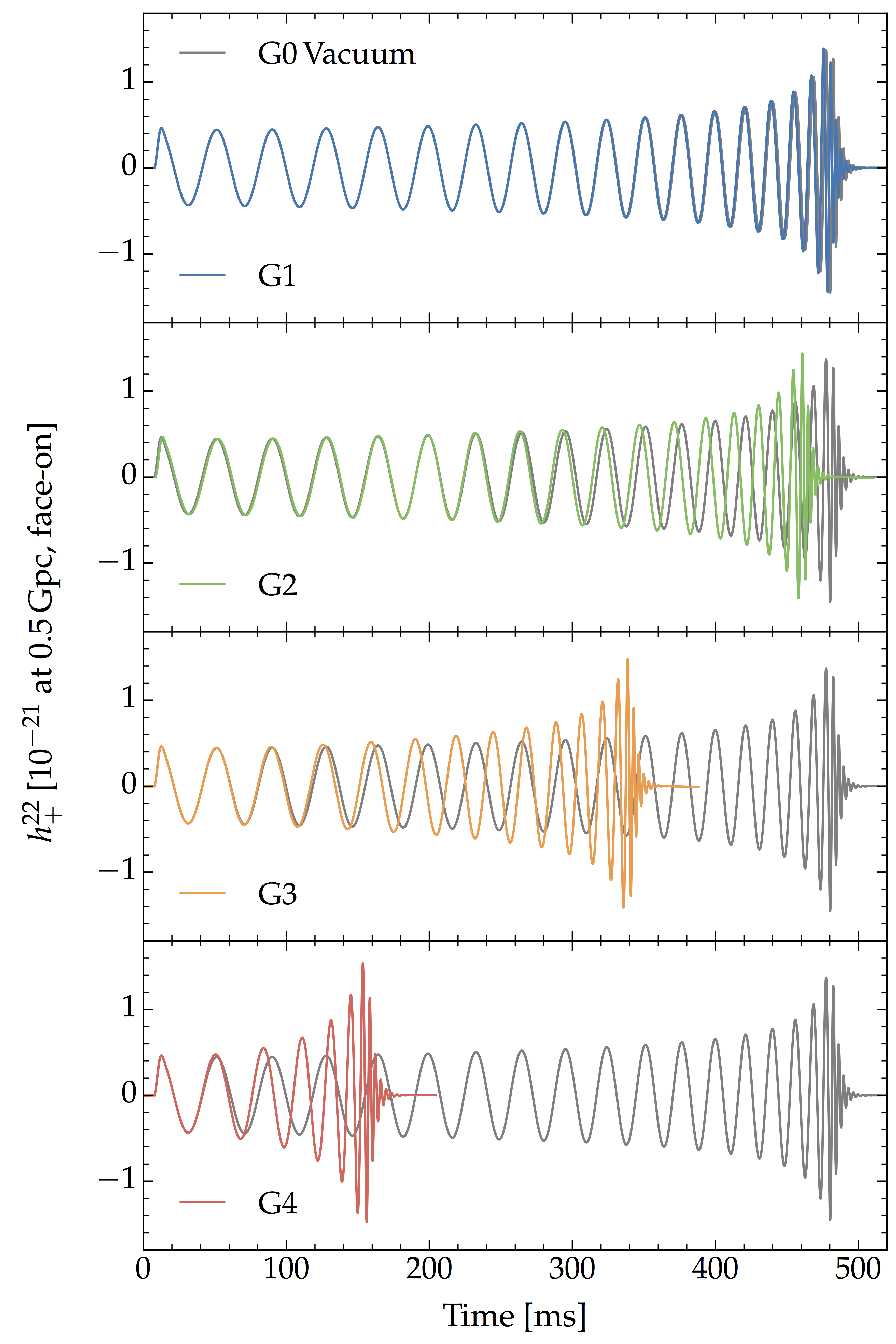 Gravitational waves (GWs) from models G0-G4 described in arXiv:1704.07383. As the stellar gas density is increased dynamical friction leads to earlier coalescence times and a change in the emitted GWs.